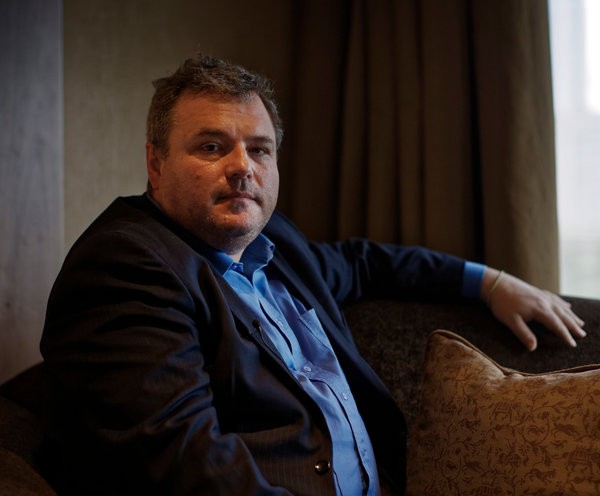 Kenya has been making great strides in athletics and for a long time, we’ve been known internationally for athletics, tourism and more recently, home of world’s most powerful leader Obama. For decades, Kenyans have been dominating marathons and all key races, athletics has blossomed from a mere competition into a multi-billion business where athletes and agents are raking in billions.

Discipline has been a dominating character of our athletes but this virtue is slowly fading thanks to doping presence. About 40 Kenyan athletes have thus far been tested positive for banned energy enhancement substances that have greatly damaged the reputation of our athletes and the country as a whole.

Asbel Kiprop, the 2008 Olympic gold medalist, and three-time world champion have been charged with an anti-doping rule violation after testing positive for the blood-boosting drug, EPO. This represents a massive blow to athletics as well as Kenyan distance running when it was only last year that Jemima Sumgong, the Olympic women’s marathon champion in Rio in 2016, tested positive for the same EPO and was banned for four years.

Once considered the home of distance running, Kenya has had a rash of positive tests – in 2016 they reported 40 cases over the previous four years – with marathon star Rita Jeptoo also being caught using EPO. Dozens of Kenyans have tested positive for an array of doping substances in recent years. They include big-name athletes, among them Olympic marathon champion Jemima Sumgong. 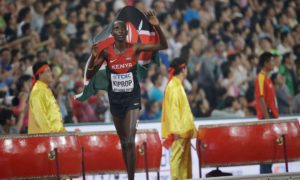 Like four other elite Kenyan runners who also failed doping tests. The others are Sumgong, Rita Jeptoo, Matthew Kisorio and Agatha Jeruto.

Incidentally, Kiprop, Sumgong and the other elite athletes who’ve tested positive for doping happen to be managed by the Italian agent, Federico Rosa. But Kiprop’s unfortunate results don’t come as a surprise, Rosa who was the subject of a doping investigation by the Kenyan authorities in 2016. Federico charges were withdrawn by the state in what is said to be orders from above going to show just how much protected this cartel is.

Around that time, Italian coach, Claudio Berardelli and two co-accused were cleared of administering banned substance Erythropoietin (EPO) on disgraced female marathoner, Rita Jeptoo in an anti-climactic end to a case that captured the world’s attention that year.

#Rosamustgo when can we say enough is enough ? 90% of good Kenyan athletes got with doping have come from one agency. I am now making it my duty that Rosa and associates are kicked out of Kenya and never allowed to represent Kenyan athletes it is now or never. Get ready !!

Berardelli and his assistant, Daniel Cheribo Kiplangat alongside a pharmacist practicing in Kapsabet, Dr. Stephen ‘Kalya’ Kiplagat Tanui, were accused of conspiring to injure the profession of Jeptoo — originally a three-time winner at Boston and a two-time champion at Chicago marathons — who is serving a four-year international ban.

Federico has been accused of damaging many athletes. Rosa and his father, Gabriele Rosa, a prominent coach and cardiologist from Brescia, Italy, have long helped develop distance running with training camps in Kenya.

Related Content:  Is Philip Murgor SC The Man To Fit Into Maraga’s Shoes?

Runners they have coached or managed through the years include Paul Tergat, a former world-record holder in the marathon; Sammy Wanjiru, the 2008 Olympic marathon champion; Stanley Biwott, the winner of the 2015 New York City Marathon; and Jemima Sumgong, who won the gold medal in the women’s marathon at the Rio Olympics.

Rita Jeptoo, a Boston and Chicago Marathon champion who tested positive for EPO in 2014, was also a former training partner of Sumgong’s who also tested positive and both like Kiprop were managed by Federico. One would really not have to crack their heads to read a pattern and fail to hold the manager responsible for his athlete’s doping menace. It’s almost impossible to imagine that all these would go without the knowledge of the managers.

Pattern drawn can no longer be ignored, Federico needs to be kept as far as possible from Kenyan athletes lest he destroys what the country has sweated for many years. It can’t be business as usual when we keep losing best athletes and the doping suspects continue with their dirty business.

As a safety measure, Rosa and company must be banned from managing Kenyan athletes, a serious investigation launched to unearth this cartel that is also locally based destroying young athletes. It doesn’t need to take another athlete to go down for the authorities to wake up. Stop Federico Rosa and other suspicious agents from damaging out athletes and country’s reputation.

Kenya Insights allows guest blogging, if you want to be published on Kenya’s most authoritative and accurate blog, have an expose, news TIPS, story angles, human interest stories, drop us an email on tips.kenyainsights@gmail.com or via Telegram
Related Content:  The Rise And Fall Of Strongman Vimal Shah
Related Topics:
Up Next

Kenya West is a trained investigative independent journalist and a socio-political commentator on matters Kenya and Africa. Do you have a story, Scandal you want me to write on? Send me tips to [in.kenyawest@protonmail.com]